Tellico
Relics and Roses
Self-released
4 stars (out of 5)

Tellico is described as “firmly planted in … [the] roots music scene, Tellico is well-schooled in bluegrass but with an unbridled, organic Appalachiana sound” If you’re wondering what that means, think old-time, Old Crow Medicine Show, and roots all mixed together.

Lead singer, guitarist, and fiddler Anya Hinkle composed about half the tracks. Listening to her sing I’m reminded of Janis Joplin. Open a browser and in one tab load “Backstep Blues” from their website and in another tab load Joplin singing Me and Bobby McGee.” “Backstep Blues” has a nice beat, ringing an OCMS bell somewhere in my head, anchored by Jed Willis’ clawhammer banjo. You have to work at understanding the lyrics. Never mind that, just enjoy the flow of the song. Hinkle has dallied in multiple genre and spent time with other Tellico members in Dehlia Low, a band variously described as bluegrass, country and/or old-time.

Bass player Stig Stiglets composed the other half of the songs (except “White Line — River of Pride,” a Neil Young song that was released under two titles) and sings lead on several tracks. “Calamity” is a song about disaster inspired by various calamities around the world. It’s a good song, though Stiglets as a singer will be an acquired taste for some. Aaron Ballance on dobro is outstanding.

“Lean Into It” is a swinging song of betrayed love but you may find the title, repeated often, a bit puzzling in its meaning. The rest of the message is clear and the harmonica is a good fit. I like the tune and flow of “Mexico 1995,” but I have trouble understanding Hinkle’s lyrics. There’s some good picking and interplay of instruments in this cut. I have the same trouble with “Forsaken Winds;” love the tune, and I think I like the lyrics when I can figure them out. “Morning Haze” is another likable song with some good instrumental work.

It’s a bit quirky but enjoyable, like inviting Bob Dylan into your CD player for a while. If that sounds like fun, you’re going to like this CD. 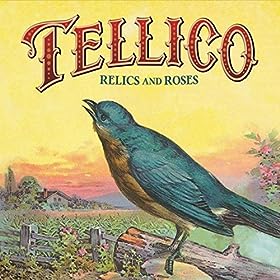